You are here: Home / History / A short history of the road tax disc 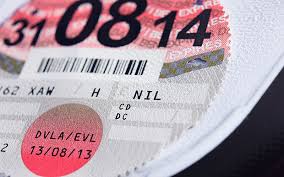 Strictly speaking, there is no such thing as road tax: the correct term is vehicle excise duty or VED. However, few people outside Whitehall refer to the charge as anything other than road tax, and the slip of paper that acted as proof of payment was universally known as the tax disc.

The first tax discs appeared in 1921 and were remarkably similar to the system in use until a few months ago. Although black and white, they consisted of a circular certificate bearing the make, model and registration number of the car.

Perforations did not appear until 1938, and then disappeared again in 1942, to return in 1952. "This gap might have been caused by the destruction of the necessary equipment during World War 2," according to Motoring.co.uk.

The most substantial change in the administration of the system came in 1961, when drivers were able to buy a 12-month disc at any time of the year. Until then, all discs had expired on 31 December, whenever they had been purchased.

Over the years, various colours and an increasing array of security features were added, and it became possible to renew discs online. Nevertheless, by the time it was abolished last October the tax disc system was fundamentally unchanged from what had been introduced almost a century earlier.

The Tesla Model 3 was the No. 3-selling new car in the UK in August, finishing behind the Ford Fiesta and Volkswagen Golf. It's the first time a full-electric car has been in the UK's overall ranking of top 10 selling models. The UK is Europe's second-largest car market after Germany. With … END_OF_DOCUMENT_TOKEN_TO_BE_REPLACED